As breeders, we would all love to know, too, if anyone can TRAIN a breeding/whole male to NOT spray! The below story is taken from another breeder, who over the years has learned some tips & tricks to deter the boys from essentially destroying your cattery, home, furniture, and making life miserable. 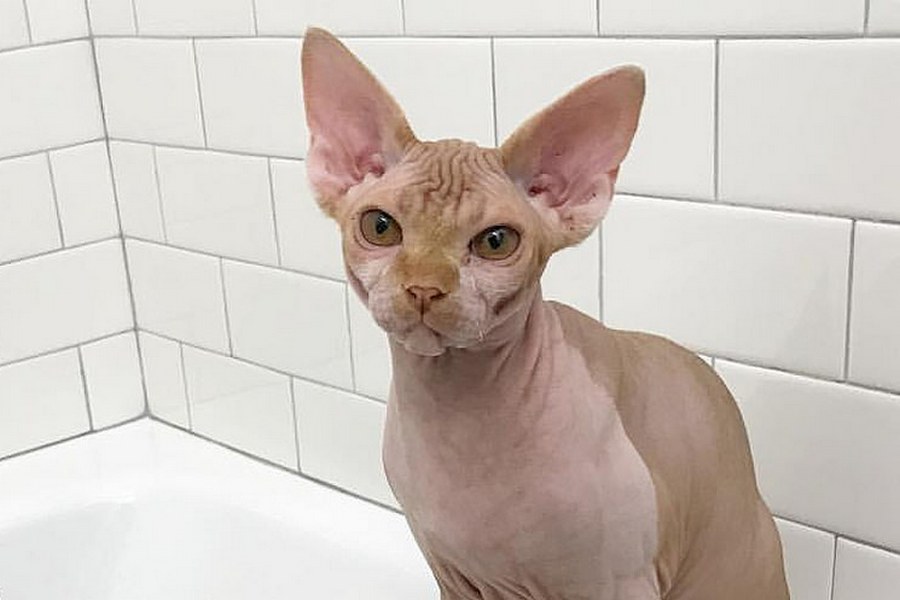 “In our house over all the years that I am breeding I figured few things how I can control it. One simple thing we all (humans) have to admit – cats train us. It doesn’t really work over our way, sigh… We have to ajust to that alien life form we let into the house!

So, there are few things we may arrange around the house to convince a male that he doesn’t HAVE TO spray. Spraying is a natural behavior that sends a message to other males that the boss lives here and he is the owner of the territory. Attracting a female is a secondary meaning. So the screaming female doesn’t always trigger the spraying of a male, to my observation. But a hint of smell of another male does! So, do not set the red flags for your boy, you will be scrubbing the walls, you know it!”

Things that greatly help to convince the male that there is no competition around AND there is no need to spray:
Have ONE whole boy in the house (if they are others, they have to be neutered). Separate the breeding male from the majority of other cats and give him a separate room to live in so that he knows all corners of that room as the back of his paw, and had already marked them. No need to mark again!

Make him comfortable in his quarters as much as possible so he knows it’s only HIS territory and no one is coming to claim it… Do not leave him alone in the quarters. My stud always has a company – it can be a pregnant female with him in his room, a female that I plan to breed, or kittens that grow up in daddy’s room. My boy loves company, loves to be around kittens. Male kittens do not count till they are at least 5-6 months old and start to smell like males/competitors. To keep things in order they have to leave the house before that maturity thing happens and threatens the boss’s      territory. Or they have to be fixed. Breed him! This way he knows sooner or later a girl will come in
and he will have his party.

Traveling with Sphynx Cat is not a problem

Effects of music response of domestic cats in a veterinary clinic